A tale of three friends. 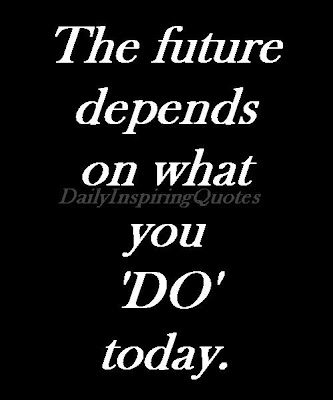 Does it really?  When I saw this, I wondered and it got me thinking. Are we where we are now because of what we did before?  Or is it pre-destined and everything that happens was supposed to happen.

I'm always curious about people who began from humble beginnings and then end up somewhere else so totally  opposite of where they came from or vice versa.

Often when I am travelling, I look at faces of people and I wonder where they were born and what they do for a living.  It's just something I did to pass my time.  When I see a family in a car or another face in a bus that has pulled alongside our bus or even when I'm in a plane, when people hardly look at each other, I browse the sea of faces, as they walk pass and I wonder.

There were three women.  Each of them grew up in what was  known as notorious areas.  About 50 years ago, Tiong Nam (Chow Kit), Petaling Street (Chinatown) and Masjid India (Little India) were already places that people didn't hang around, alone, at night.  It was not considered safe.  Yet three women grew up in those areas respectively and came out of it unscathed by the 'dangers (drugs, gambling, prostitution etc)' that lurked behind every corner.  When people mention about the lily that grows out of mud and not being contaminated, I always think of the three women!

What did they do in order to end up in the same office when they were in their 40s?  What brought them, at about the same time of their lives, together?  Three friends with three years age difference separating the youngest, the middle one and the eldest.

Another co-incidence was that all three had two sons.  Their birthdays fell in March, April and May.  Physically, all three were different.  Emotionally, they bonded like blood sisters.

The strange thing is that if anybody looked at them and wondered where they had come from, no one would have guessed right.

All three, in my opinion, were intelligent, loving and giving.  Despite the different exposure and upbringing, the three got on very well with each other.  Yes, there were some moments when any two of the three didn't see eye to eye but that rarely lasted long.

The friendship thrived during those years and eventually each went their separate ways.

For me, it is an amazing tale of three friends with dissimilar backgrounds, that destiny brought together.  Three different women who became friends.  Good friends, I should add.

Life is truly interesting and amazing.  Unplanned and unexpected but altogether making for an incredible tale.  For me, this was one of them.