The Old and New Me! 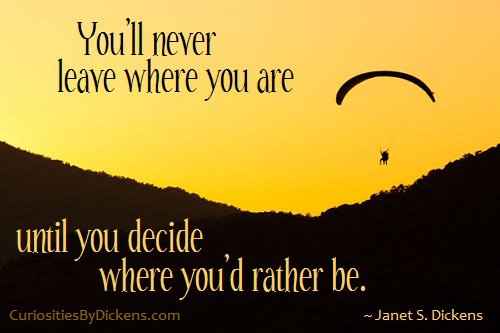 This was something perfect for me just over a year ago.  I was always waiting for the right moment to move away from what I had  and to move toward what I now have.  As they say, "not to decide, is to decide".

How did the "old" me think?

The "old" me felt that the child was our first priority.  After that, it was about the good salary.  Finally, it was about paying up all the debts.

Then the child grew up.  Earning all that money didn't mean the same thing.  There was no more loan to pay off.  What was left then?

For me, it was about having a choice as to where I would rather be.  Once I realised that,  it was easy to make a decision and everything else just fell into place.