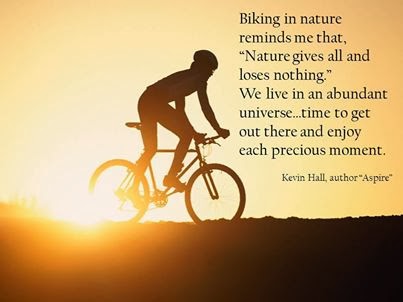 So yesterday, we went and bought a new bicycle for me.  I'm taking it as my Chinese New Year present.

But before we did that, we had gone for a second round just to see if I really wanted to take this form of exercise further. For this, we took a longer ride than the first and I felt much better this time.  I wasn't as wobbly and I was steadier.

~~~~~~~~~~
Sharing my three routes for my own easy reference.  I want to come back later in the future to see how much I've improved since these dates! 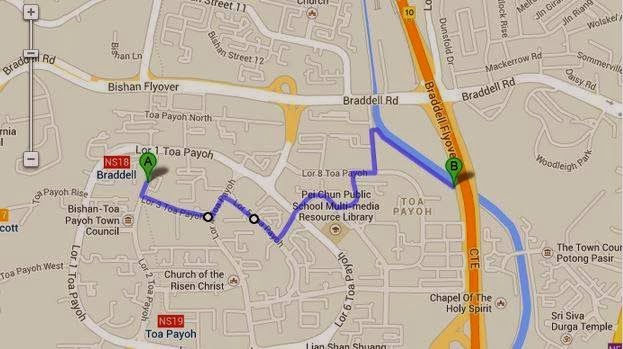 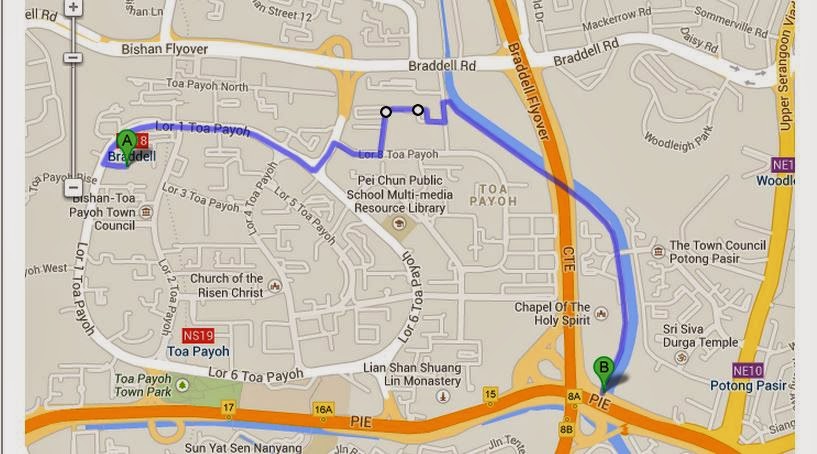 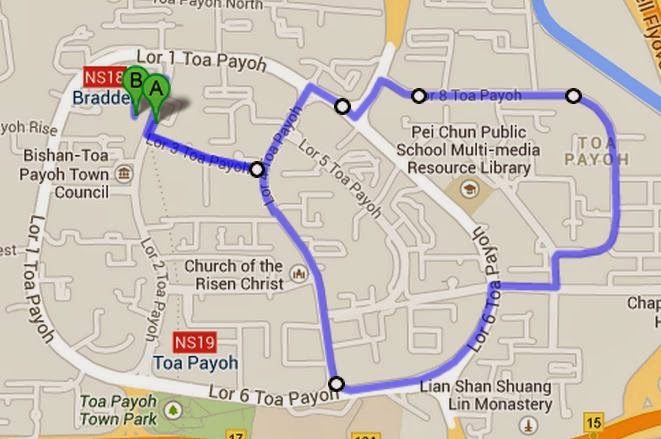 This morning, we cycled to Lorong 8 to have breakfast and then went to the Hub.  We also stopped at the Stadium for a bit before splitting up.  Stephen went to get groceries while I decided to get home on my own.

The fact that Stephen said it was okay for me to ride back on my own gave me the slight boost of confidence that I needed.

Posted by SFGEMS at 11:11 PM No comments: Links to this post

On the subject of bicycles 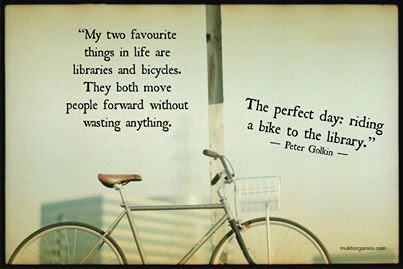 Well, I don't know if this is 100% true for me because, at this moment, I cannot say that the bicycle is my favourite. The library, without a doubt, ranks high on my list of favourites.

Now that I have my own bicycle, it seems that I do like the speed.  Of course, I'm not cycling as fast as I want to but I definitely can cover more ground with a bicycle.

Stephen and I used to go to Pasir Ris, rent the bicycles and cycle around.  It was something we enjoyed doing whenever we had the time to go there.  It seemed only logical that he would eventually buy one. Then he bought a second one for Jared but now it's mine. Negotiations are ongoing for another 'nicer' bicycle for me.

Recently I followed him for an initiation night ride around our area. We covered about 6 km going from point A to point B and then back.  We cycled and walked some parts of the way. I wouldn't have been able to do this track without the bicycle. 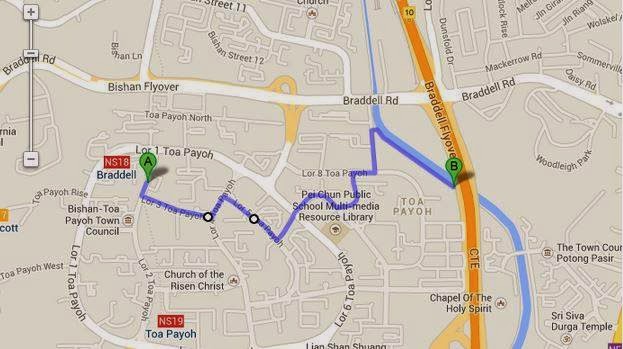 I hope that I will be able to go further.  When alone or with Jared, Stephen can do about 20 km or more. It'll be awhile before I can match him for distance and stamina. Okay, saying 'match him' is being a bit ambitious. Perhaps 'catch up with him" would be closer to accurate. But he's a great inspiration for me to push myself and I can't think of a better coach than him.

One day, I am going to cycle to the library, on my own.  That perfect day is just around the corner.


Posted by SFGEMS at 1:22 PM No comments: Links to this post

Posted by SFGEMS at 10:22 AM No comments: Links to this post 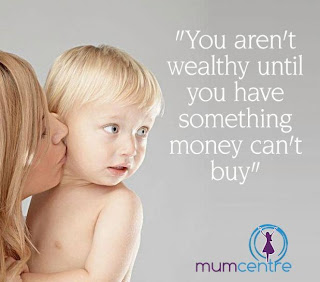 Yesterday I read a very nice article (click here if you are interested) and I realised that if you don't have something that money cannot buy, you aren't wealthy.

Having a child always made me feel like the wealthiest person alive but it is much more.  It is having a rich spirit that makes one wealthy.

I know many wealthy people, in the best sense of the word. They never hesitate to extend a helping hand whenever and wherever they can.

All things new and beautiful.

While I do love some old stuff, there's something to be said about new things.

In January 2013, an FB friend of mine from Oklahoma told me that I was so blessed to be living in the same city as Pastor Joseph Prince.  He suggested that I should go check it out and tell him all about it.

I first heard of Joseph Prince from a young girl with whom I had many hours of sharing.  Both of us often talked about our faith and she had given me a glimpse of what she felt in her heart about God. Though very much younger, she was matured in her thinking and she impressed me with her philosophy about her life.

So curiousity got the better of me and on this day last year, I took the MRT to Marina Bay Sands to attend the New Creation Church service.

I was totally unprepared for the message that I heard that day.   It was like listening to an age old story but with a twist.  Somehow it made sense to me and I could relate to it.  I admit I was uncomfortable at first but I didn't feel out of place.  I didn't know anyone and nobody knew me so it was just being in the moment with God.


As I made my way home, it struck me that I was filled with a longing to know more.  It's a feeling that I had lost a long time ago and never even realised.

When I was home, I shared my two-hour church experience with Stephen and he saw just how uplifting it had been for me.  However, that little doubtful gene in me wondered if Pastor Joseph Prince would be able to repeat his anointed preaching.  Maybe it was a one-off thing, I thought!  So I went again and once more I was so taken up by what he preached.
Stephen was amazed at how excited I was about the church and as soon as he was able, he went to see what it was all about.  Since that day, we've not looked back at all.
﻿
We are now regularly attending the Sunday service together and life has never been the same since.  Everything is new and beautiful.
Posted by SFGEMS at 8:11 PM No comments: Links to this post

Taking a leap of faith

If you had asked me a year ago whether I would be interested in volunteering my services to the church, I might have said "maybe". I always had the intention to do volunteer work way before I retired.  I just hadn't found anything that piqued my interest enough.
And talking about interest, I was leaning towards the National Library because I love books.

So it was between the library and the church for me but somehow nothing materialised.
In the middle of last year, with Stephen's nudging, I decided to sign up as a volunteer in my church.  I didn't know what it would entail.  Anyway, they called me for an interview to get some background information so that they would know where best to deploy me.
To cut a long story short, I have found myself in the Champions Group which will consist of babies between 1 - 24 months.
It has been a long time since I  looked after babies!  Even having had experience with two, I still felt a bit of concern but after a briefing session, I realise that I won't be alone.  There will be others and I believe that I will be able to manage. Once a mom always a mom!  The instincts will kick in.

I start today.  This blog post is scheduled to be published just at the time that I will meet with the Supervisor.
Somehow I feel that God has a sense of humour because I've said it before and I'll say it again, "I get on better with old people".
This is a leap of faith and a calling to serve and I know that it will take me to greater heights in my spiritual journey.


Posted by SFGEMS at 10:05 AM No comments: Links to this post

In  2012, I think I read maybe three books over a nine month period.   The euphoria of being retired took such a strong hold on me that I just enjoyed doing nothing.
In 2013, I doubled that to maybe six books over twelve months.  This is still way below what I could have read since I now have all the time in the world.
I envisioned my retirement as maybe reading at least a book a month.  This didn't happen.  When time was a precious commodity during my working days, I was always stealing moments to read in between my home, office, chores, TV, Computer and whatever else that took place in my life.
Most times, I caught up with reading while I was on my way to or from Singapore.  It was a welcome luxury at that time.
While I was working, reading was like a guilty pleasure.  Once I pick up a book, I can forget everything else.  This meant that all chores were set aside and I would become blind to whatever was not urgent.  I would forego even my seven to eight hours of sleep.


There were days when I would read until I could no longer open my eyes.  I always consoled myself by saying I would nap as soon as I got home after work.  It was always worth being tired for a day or two.  I know that those who love reading will know what I am talking about: especially those who start reading even when they know it isn't a good idea to begin just before bed time.

Anyway, I'm on track at the moment.  I'm half way through my first book and its just the middle of January.  Let's see if I make it to twelve books  this year.

Posted by SFGEMS at 2:11 PM No comments: Links to this post

"WAS" because I think the last book I bought was prior to retirement.  I thought it would be a good idea to stock up on books for when I had all the time in the world to read.  This cleared my conscience to buy three bags of books (some for gifts). Plus, I wanted to max the rebate for tax purposes in 2012.

Since moving to Singapore, I discovered our local library has a wonderful selection so that put paid to my buying any more books!

Subsequently, a neighbour gave me a whole stack of condensed books and that certainly sealed the lid on my wanting anything else for 2013. What did they say about abundance? LOL


Anyway, despite promising myself that I wouldn't buy another book till I catch up with the ones I have here and in KL, Stephen took me by surprise and suggested we get "Destined to Reign" by Pastor Joseph Prince.  As it turned out, we'd end up buying two more books: "Unmerited Favour" and "The Power of Right Believing".

We're  both on the last book now and savouring every word.

Posted by SFGEMS at 2:22 PM No comments: Links to this post

It's true.  The image says it all.

I thought that retirement would be when I had all the time in the world to do everything.  As it turns out, there still isn't enough time to do all that I want.

Maybe the fun is not in finishing what we set out to do.  Maybe the fun is having something to do tomorrow or completing what we started today. There are days when I do absolutely nothing. Nothing here means nothing meaningful in the eyes of society!!!  But nothing for me is sometimes what is good for my soul.

What matters at the end of the day is that I'm done with doing everything or doing nothing.  I go to bed happy and sleep.

Posted by SFGEMS at 11:11 AM No comments: Links to this post

My only resolution for 2014 is to pray more.

Posted by SFGEMS at 11:11 PM No comments: Links to this post