Yes, it's another anniversary celebration.  For as long as we've known each other, we've never been apart on this day.  It's why we chose this date to tie the knot.

Since we used to live in different countries, getting married on this day meant being able to celebrate all future anniversaries together as it is the eve of Christmas day.  Now we no longer have to worry about juggling vacation dates as I have moved to Singapore for good. 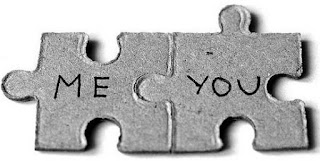 Stephen and I are not the same!  We are so different.  Yet we are like two pieces of a jigsaw puzzle that fit so well.

He loves the cold.  I don't.
He loves the outdoor.  I prefer to stay indoors.
He prefers bland food.  I love curries and spicy meals.
He doesn't like gravy.  I do.
He can get up at the crack of dawn.  I prefer to sleep in.
He loves babies and children.  I gravitate to old people.
He loves comedy.  I love science fiction.
He loves shows with thrills and spills. I go for drama and dialogue.
He drinks his coffee hot.  I like it at room temperature.
He loves country music.  I love rhythm and blues.
He is a breakfast kind of person.  I'm a morning coffee gal.

We are so different!

When they say that unlike poles attract, this is probably true for us. We are such opposites that we complement each other.  As they say, "You don't marry someone you can live with, you marry the person who you cannot live without." 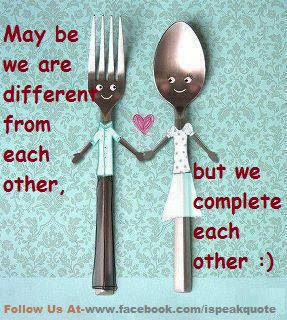 Wouldn't life be boring if both of us were the same?  I am sure it would be.
So Happy Anniversary to us.
We have earned another stripe!

We're both feeling wonderful.  Add Christmas eve to this for a magical 24 hours.

Just when you think it's over, it's Christmas day.  Nice!


All pics lifted from Facebook
Posted by SFGEMS at 12:00 AM